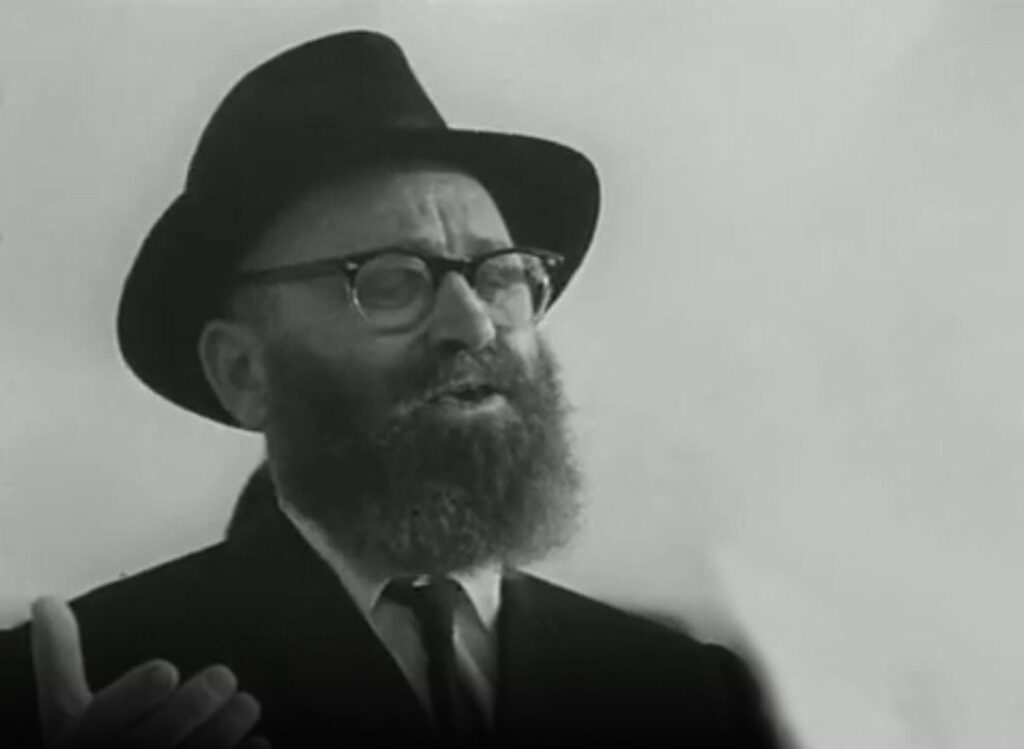 During the Second World War, Zalman Bronstein was drafted into the Russian Red Army and assigned to guard duty in a ditch close to the
German camp. At the end of his shift, he would rest in a bunker that afforded little protection from the Germans, but at least shielded him
from the elements.

After one such shift, a general uncharacteristically entered Zalman’s
bunker. The general began to shave there while singing a Russian folk
song, wholly off-tune.
Zalman, who was musically attuned and exhausted after his shift, was
irritated by the intrusion. “Dear General,” he said. “It is such a nice
song but you are doing it no justice…”
Surprised by Zalman’s frank remark, the general instructed Zalman to
sing the song for him instead. Zalman tried brushing off the request
but the general insisted. Zalman then sang it, leading the general to
comment, “With such a voice, it doesn’t make sense that you are here
on the frontlines. We must transfer you!”
Two days later, while lying in a ditch alongside seventeen soldiers, a
radio message came through, “Singer Bronstein, to the command
center!”

The base was not far from the Germans, and they often picked up each
other’s radio communications. Thus, Zalman knew it was possible he
would be targeted while leaving the ditch. He crawled on the ground,
gun in hand, for half a mile, until the base was in sight.
Covered in mud, he arrived at the command center where a soldier was
waiting for him. He was brought to the general, who smiled at him
warmly and asked, “You haven’t lost your voice since we last saw each
other?” Zalman was then told that he had been inducted into the
official choir of the Red Army.

Zalman joined the large choir alongside forty musicians, soloists and
directors. “I had no interest in music or singing,” he later said, “but
this gave me a chance at surviving the war.”
The first concert he performed was at the Generals’ Club, where he
sang that same Russian folk song that had landed him this position.
After the concert, the musical director pointed out to Zalman that the
generals were arguing over who would claim him for their unit.
It was the first of many concerts performed across the Soviet Union. As
the choir moved through countless towns and cities, he saw the war’s
devastation first-hand. Zalman was a popular soloist, despite being
emotionally detached from his singing.
On one occasion, a concert was scheduled for Yom Kippur, and while
the choir prepared for the event, Zalman knew that he would not
participate. On the morning of the performance, he informed the
musical director that he was unwell and could not perform. The
director tried persuading him, but Zalman was adamant that he would
not join the troupe.
While the choir sang on stage, Zalman remained in his bunk and
prayed as much as he could from memory. As his strength waned
toward the end of the fast, someone knocked at the door. Three high-ranking officers stood in the doorway, and Zalman leaped up to salute
them. He feared that he had been caught in a lie. When asked if he was
Singer Bronstein, he responded affirmatively.
The three sat on a bed and were quiet for a while, until one asked, “Do
you know what today is?”
Zalman responded that he did.

“We came to you,” the commander continued, “because we are Jewish,
and we want to hear a song by which we can remember the holy day as
it was in our parents’ synagogues.”
Zalman explained that he had been given sick leave, and if anyone
heard him singing, he could be punished for his deceit.
The officers suggested going into the forest and singing there. Seeing
that they were emotional and had no ill intentions, Zalman agreed.
They went into the forest, where he sang Kol Nidrei and Unesaneh
Tokef. As the sun set, he sang the words of Shema and Hashem Hu
Ha’elokim, traditionally recited as Yom Kippur ends.
“I felt the words of prayer entering their hearts,” Zalman later said
about those Jews who were only superficially disconnected from their
roots. “Their inner Jewish spark was still alive and revealed.”

It was an unusual job for a religious Jew, and his success aroused jealousy, even among his own…

How to Stretch Your Time to the Max

The Sanctity of Time
By Yacov Barber